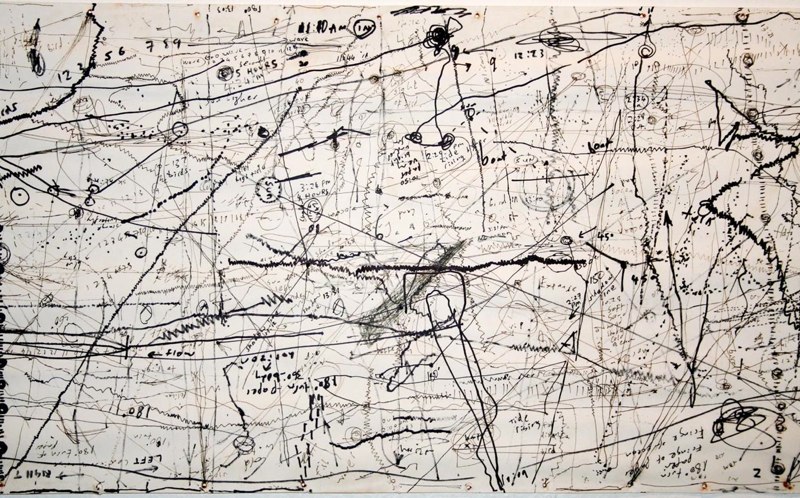 Peter Matthews: Sometimes drawing for me shares similarities to the methods of geological surveys and investigations. The spatial dimension and the sense of permanence indelibly scorched on every piece of paper, especially the edge and perimeter, have been physically shattered in this new series. Puncturing and fracturing the surface of the paper was created in a quite controlled but spontaneous manner involving driving nails through the paper around the full perimeter of its edge while passing through each corner. A continuous long strand of thin copper wire was then doubled around each nail forming, conceptually and practically, a magnetic, continuous circuit that is tightly bound to the surface of the paper and effectively acting as an electrical conductor. ..the drawings from this new body of work have been produced after spending extended, uninterrupted hours while physically in, not next to or beside, the Pacific Ocean. mr.petermatthews@gmail.com